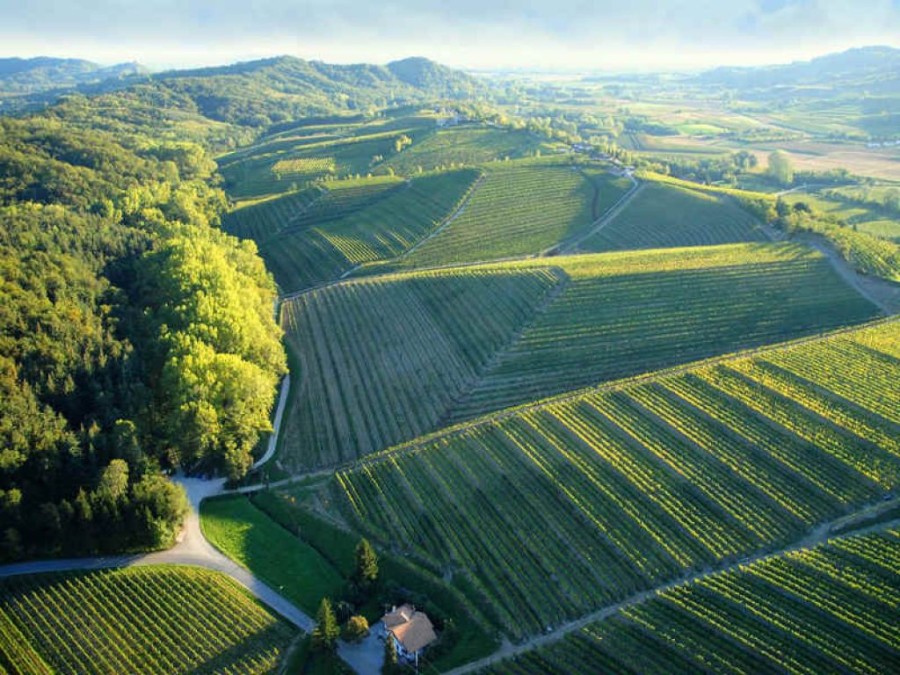 At the extreme north-eastern edge of Italy, is Friuli Venezia Giulia with the most prestigious wine-growing areas in the world. We take you to experience the Cantina Produttori Cormòns, established in the late sixties from the foresight of some Cormonese winemakers, who wanted to treasure centuries-old traditions, passionate who, from the beginning argued that the future of vines and wine was not linked to ephemeral fashions, but to the tenacious enhancement of one's territory. We will visit the city of Gorizia, and then Oslavia where ancient traditions continue to live thanks to the tenacity of Josko Gravner. Gigantic underground amphorae that, for centuries and still today, constitute the Georgian method of vinification "by maceration". A place full of charm and history a stone's throw from Gorizia where time seems to have stopped. We will visit two other farms in Dolegna del Collio in San Floriano del Collio. Lunch in a Collio restaurant.

“Colli Orientali del Friuli” Corno di Rosazzo - Abbey of Rosazzo, Spessa and Cividale (with a visit to the city). On the way we will visit a couple of famous wineries: Collavini the lord of ribolla thanks to Dedication, love for the land and continuous search for quality: this is the trinomial on which the Collavini family tradition is based. Since 1896, the year the winery was founded, Collavini has been a tale of passion, a strong bond with the territory and a tireless drive for innovation. Channels expressing these values are the wines and sparkling wines of our production, marked by the alternation of the seasons in the Corno di Rosazzo vineyards. and one in Nimis (for Picolit). No precise information is known about the origin of Picolit even if the eighteenth-century botanist Gallesio claims that it derives from a wild vine, known already in imperial Rome, that growers were attracted by the fragrance and sweetness of the berries, they bred and vinified. In the seventeenth century, Count Fabio Asquini, after having refined the oenological techniques related to its production and having transformed it into an indispensable drink at the banquets of the Habsburg court, began its marketing throughout Europe, even creating a brand and an ad hoc bottle, which they made known in the numerous noble circles of London, Paris, Vienna, Moscow and the Papal Court, and made Picolit reach a much higher value than that of other white wines.