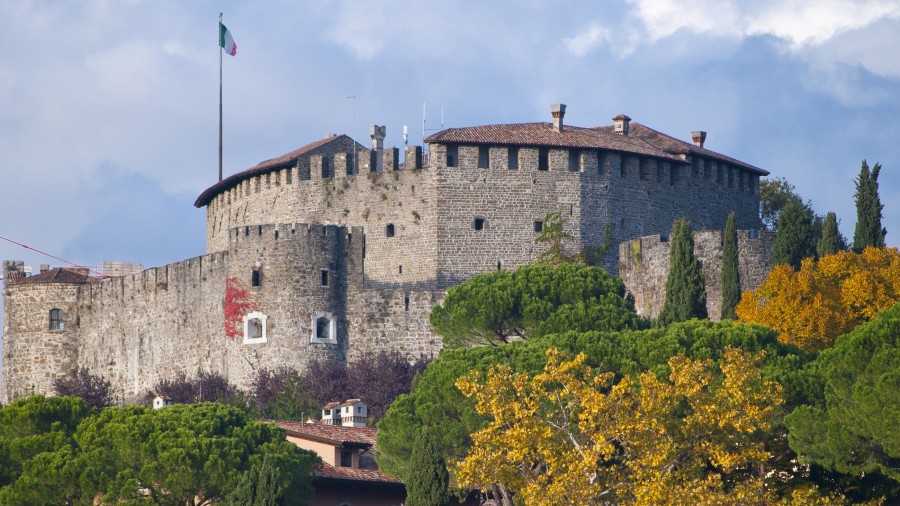 Guided tour of the city of Gorizia, part of the Austrian Empire until 1918, with a stop in Piazza della Vittoria, near the Transalpina Station, in front of which the old Italy-Yugoslavia border is marked on the ground.

Continue to the Castle overlooking the city.

Beyond the ancient border you enter Nova Gorica, the capital of the Slovenian province of the same name, which also includes Brda and the Slovenian Collio, a land of great wines.

After a brief stop for a coffee at the Dolce Vita at Hotel Perla, visit the tombs of the last king of France, Charles X, and his family, in the crypt of the Franciscan church of Kostanjevica.

Depart for the picturesque Vipava Valley, a meeting point between Italian and Slavic cultures.

In Zemono, lunch at the famous Pri Lojsetu restaurant in a small castle, formerly the hunting lodge of the local nobles.

In the afternoon depart for Postojna, famous for its caves, among the most fascinating and most visited in the world. 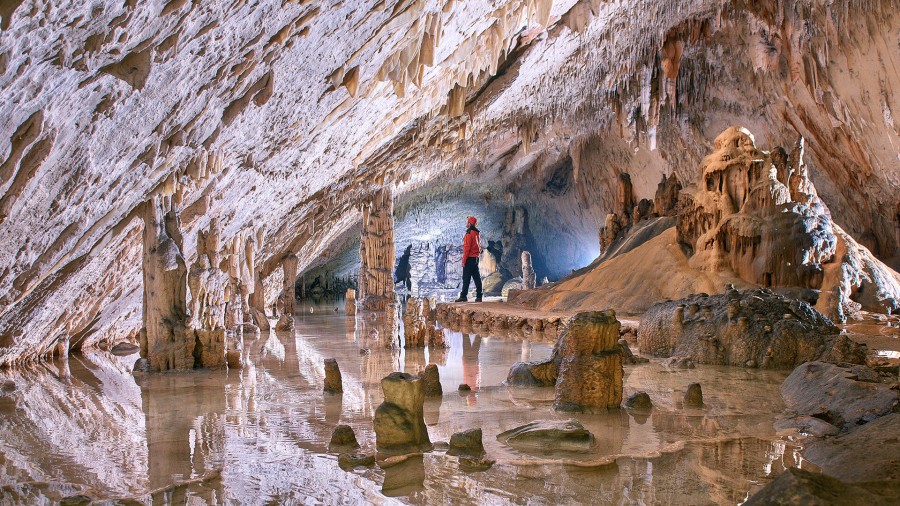 After breakfast at the hotel, visit the Caves aboard the underground train. Lunch in a typical restaurant and, in the afternoon, visit the Predjama Castle. Departure for Trieste.

Arrival and accommodation at the hotel.

Dinner of local specialties at a restaurant.

From the austere center, continue towards the shores from which you can admire the entire Gulf of Trieste with Monfalcone and Grado.

Visit to the medieval Castle and the Cathedral of San Giusto which dominate the city.

Continue to the Miramare Castle, overlooking the sea and protected from behind by a large park that has remained unchanged from the times it hosted Sissi.

The Castle was built by order of Maximilian of Habsburg, brother of the Emperor Franz Joseph who never resided there because he died in Mexico.

Today the Castle is a magnificent museum and is one of the emblems of the city of Trieste.

Lunch in a restaurant in Piazza Unità, one of the most beautiful in Italy. Overlooking the sea, it is surrounded by magnificent buildings: the Government Palace, now the seat of the Prefecture, the historic Caffè degli Specchi, the Town Hall and the Hotel Duchi d'Aosta, formerly a medieval inn and the Palazzo della Regione.