GUIDED TOUR OF THE PALAZZO DUCALE 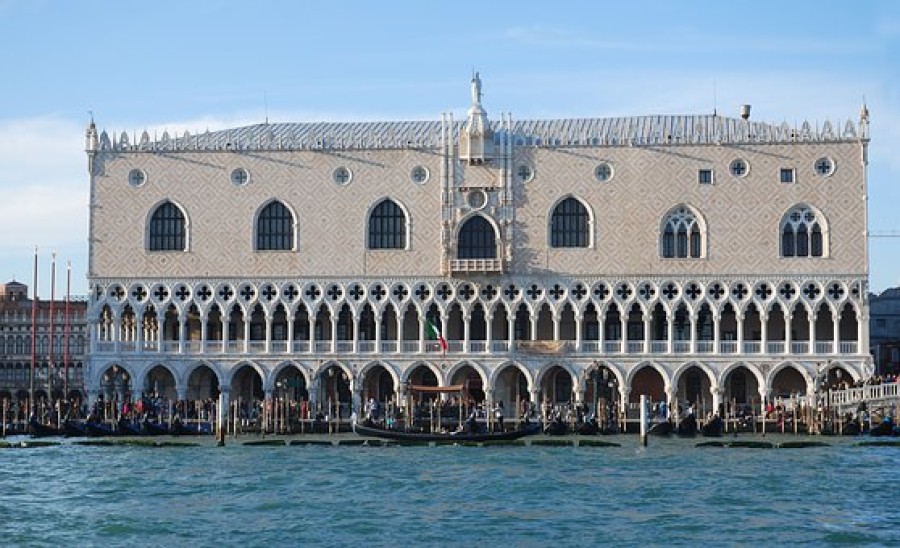 If you visit Venice one of the things that is a must see is the Doge's Palace. Located in Piazza San Marco, this masterpiece of Gothic art will leave you breathless. The route inside winds through royal rooms, past dream paintings by the most famous Venetian Masters, golden stairways, prisons and last but not least the famous Bridge of Sighs.

The Doge's Palace has an ancient and articulated history from the 8th century, when it was the palace of the then doge, a castle, was erected in the area of today's Piazza San Marco. From that moment on, from Doge to Doge and from fire to fire, the palace has grown, incorporated buildings, enriched with pictorial elements and decorations, up to the end of the 1500s. 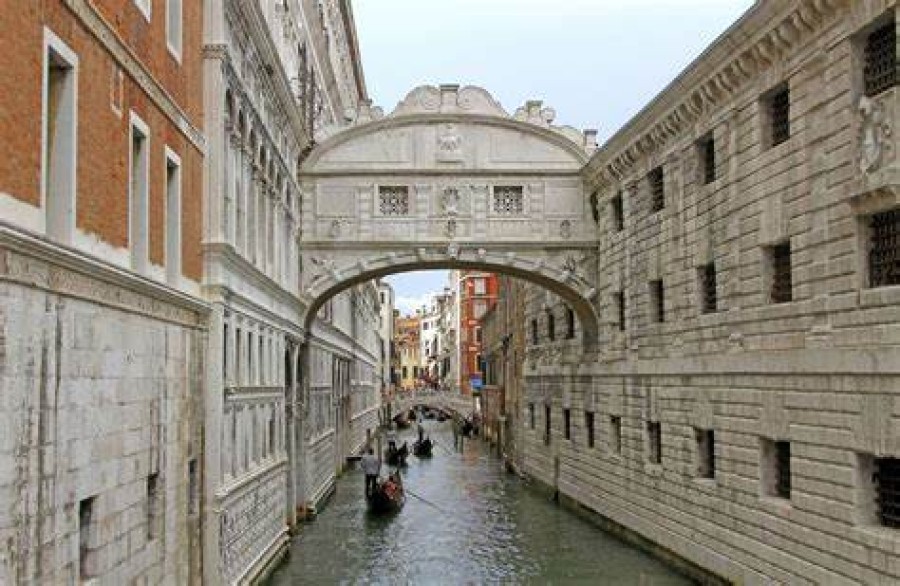 In 1600 work began on the new prisons connected to the palace by the Ponte Dei Sospiri (the bridge of sighs). In 1797, the year of the fall of the Serenissima, the functions of the Doge's Palace changed. The French and Austrian domination followed one another in the city, and then in 1866 it was annexed by Italy. During this time, Palazzo Ducale was used as the seat of various offices, from 1811 to 1904 it housed the Marciana National Library.

At the end of the 1800s the building was restored. In December 1923, the state, owner of the building, entrusted the management of the building to the municipality of Venice, which was opened to the public as a museum. Since 1996 Palazzo Ducale has been to all purposes part of the system of civic museums in Venice. 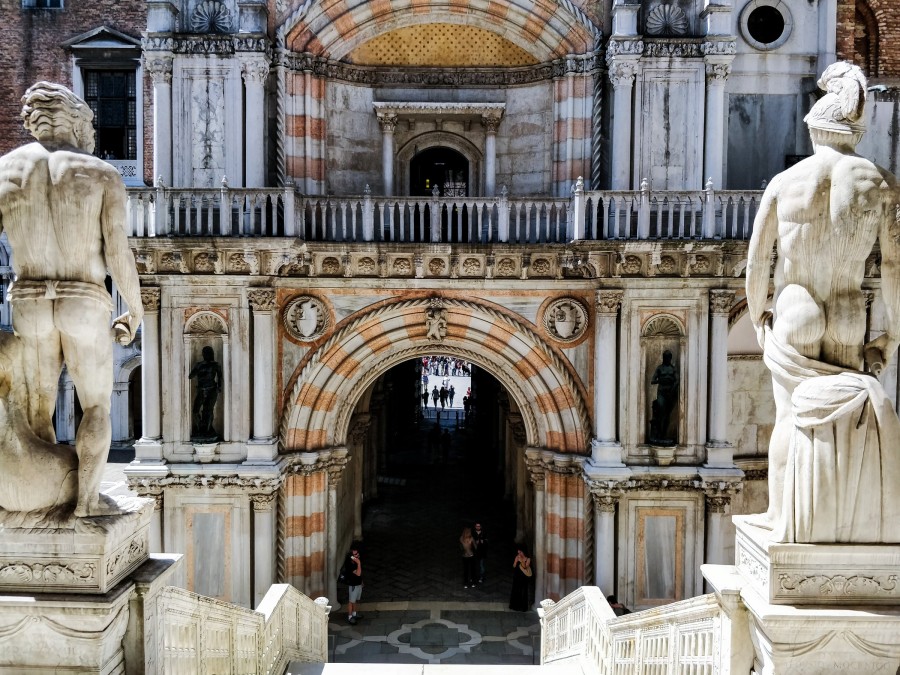 The Doge's Palace, defined as a masterpiece of Gothic art, is the result of a grandiose layering of construction and ornamental elements. The building is made up of three large buildings that have incorporated and unified previous constructions:

- the Renaissance wing, with the Doge's residence and many government offices (1483-1565)

The current entrance reserved for visitors is the so-called "porta del frumento" (door of wheat), so called because ”l'ufficio delle biade” (The fodder office), used for the licencing of grain fodder was located next to it and which opens under the portico of the 14th-century facade that overlooks the San Marco Basin.